A Long Way From Home

You are here: Home / Films / A Long Way From Home 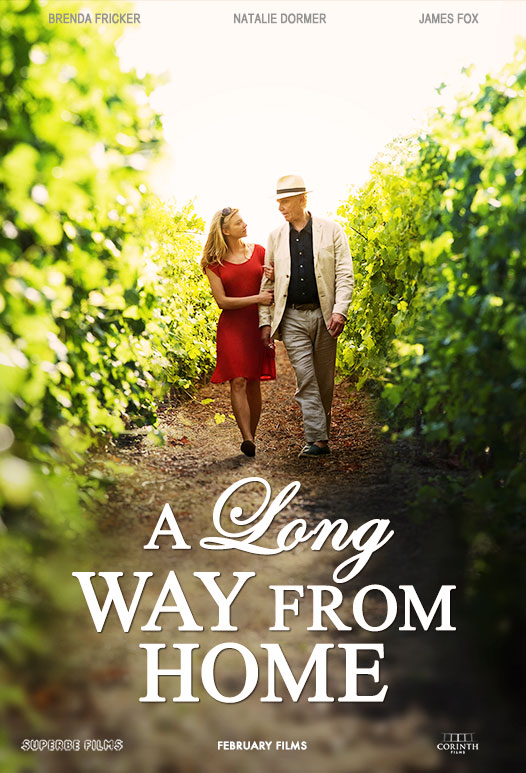 Poor Joseph (James Fox)… after achieving a comfortable retirement with his wife of 50 years, Brenda (Brenda Fricker), to a condo in the South of France, a destination that most would die for, he finds himself utterly miserable. Bored, lonely, and tired of his wife’s incessant nagging and slow onset of Alzheimer’s, he finds himself gazing hopelessly at the younger women that pass by. Brenda eventually begins to sense her husband’s loss of enthusiasm for life is something beyond the simple prescription of anti-depressants given by their doctor, but absorbs in daily routine and trifling tasks to keep herself occupied. They continue in their retirement almost living separate lives, with Joseph pining for his younger years and utilizing any possible reason to escape the household to go on long walks and car rides by his self.

One day, they find a young couple, Suzanne (Natalie Dormer) and Mark (Paul Nicholls), from London sitting at a table next to them as they dine at their favorite restaurant. Joseph strikes up a conversation with the attractive Suzanne, and is entranced by her smile. The two couples become friendly, and Joseph finds himself feeling slightly more lively after the encounter with Suzanne, who is vacationing in the are with her boyfriend for a few days. Shortly thereafter, Mark and Suzanne bump into Joseph on a sightseeing trip to one of the local sites of ancient architecture. Joseph’s fascination with the young woman grows, and upon learning of Mark’s interest in fine wine, he invites them to visit his friend who owns a vineyard. There, Mark is able to indulge in his favorite hobby and Joseph and Suzanne are able to spend time alone, strolling through the rows of grape trees. Suzanne enjoys Joseph’s company as much he enjoys hers, despite the tremendous age difference, and looks to him as a fatherly figure while he looks upon her as something much unlike a daughter. Joseph, a moral man and a gentleman, is able to keep his emotions well-contained, however, the encounter with Suzanne has stirred something inside of him that will change his stale life forever.

The Hollywood Reporter
By Neil Young

“A sedate, slightly stilted study of long-dormant passions in sun-baked southern France is enlivened by its classy cast.”

Empire
“… this measured treatise on exile, desire and coupledom makes evocative use of its exquisite locations and is deftly played by a quartet fully attuned to their characters’ longings, fears and regrets.”