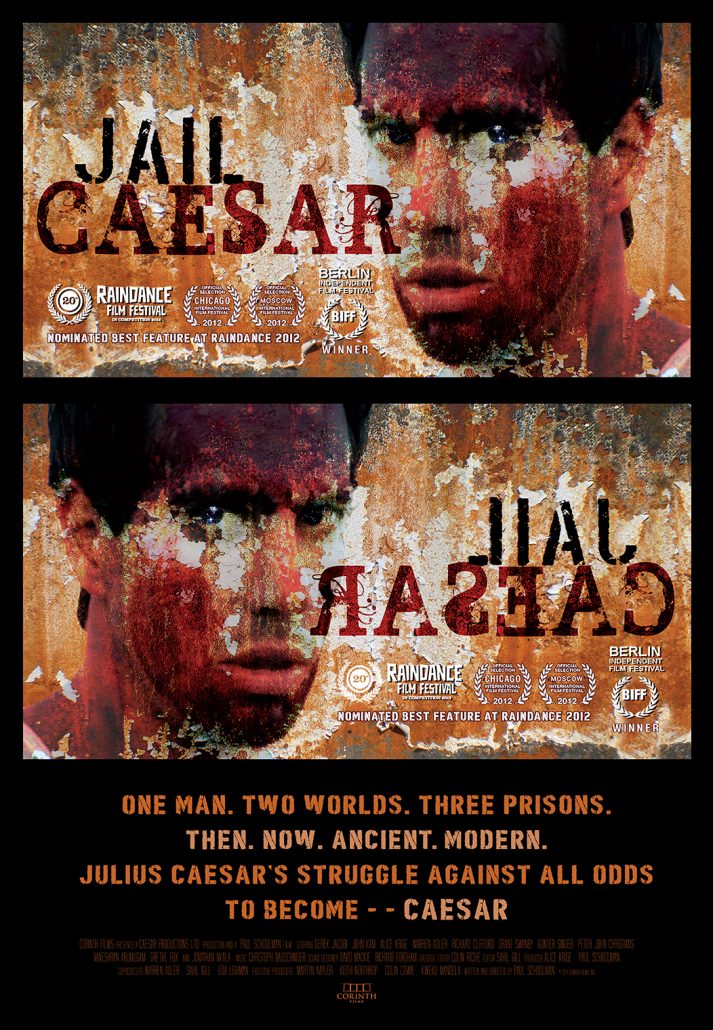 Jail Caesar (aka String Caesar) is a feature film that tells the timeless story of an adolescence shaped by social and political events. It charts a young man’s impassioned quest for power, for the meaning of freedom and to know himself, to live his dreams, and achieve his ambitions. The film explores his struggle to survive by becoming a power broker, a manipulator and then a dictator — the genesis of a powerful man, with roots in politics, violence, and gang warfare.

The story, shot in three of the most notorious prisons in the world, uses both acclaimed actors and actual inmates incarcerated in these prisons to reenact the tale of a young Julius Caesar. As the film’s producer explains the script to one of the inmates upon discussing the idea to use an actual prison as the setting to cast the film – “Not Shakespeare….not Shakespeare’s older Caesar, but the young one full of piss and vinegar.” Many inmates are serving life without parole, imprisoned for drugs, violence, and murder, so getting them to cooperate is one of the many challenges the producer and director face. The prisons are a microcosm of the real world where drugs, sexual liaisons, gangs, deals, allegiances, fear, anger and fleeting happiness are normal, everyday cyclical elements.

Set in Pollsmoor Prison (Cape Town, South Africa), Cardiff Prison (Wales, United Kingdom) and “The Brotherhood Lodge” – Drumheller Penitentiary (Alberta, Canada), this remarkable historical event unfolds in a modern reality with relentless energy. It combines a remarkable cast that includes Sir Derek Jacobi, John Kani, Alice Krige, Warren Adler, Grant Swanby, Gunter Singer, Richard Clifford, prison officers and 300 prisoners. The inmate actors offer solid performances and add a significant degree of realism that is absent in many pictures. As the head of security of one of the prisons explains “These inmates have gotten so caught up in the filming that they have no idea what they have done until they see the film. This place is ruled by gangs. There are invisible lines across the floor, and if somebody crosses one of these lines, they’re dead. During the filming, inmates of opposing gangs are constantly crossing these lines as the scenes are being shot.” This is the essence of true acting. 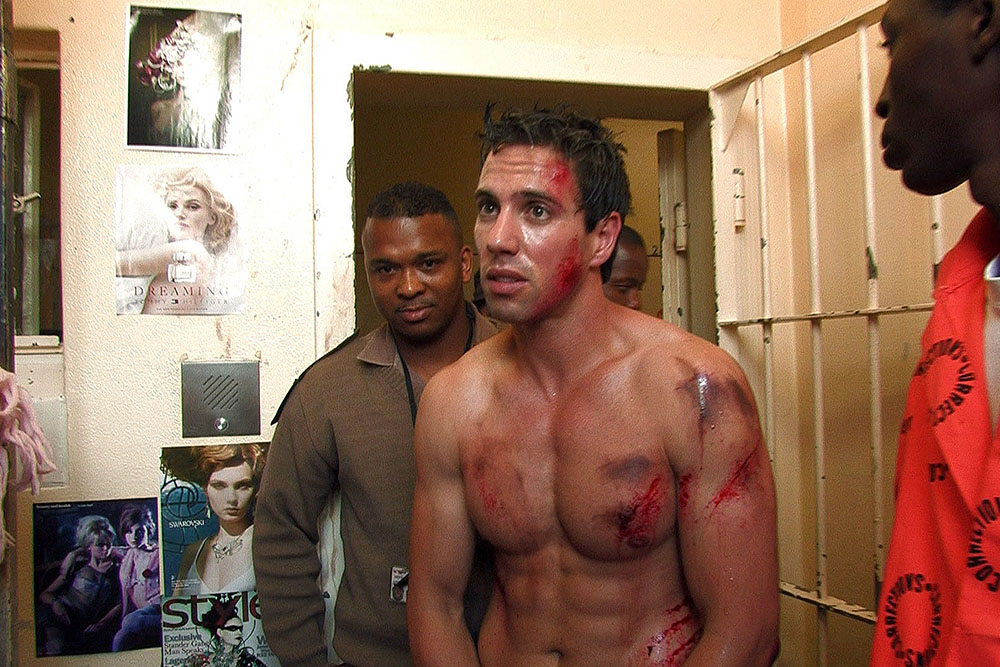 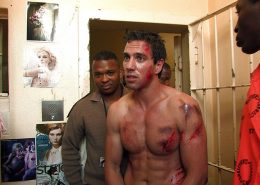 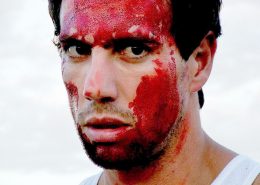 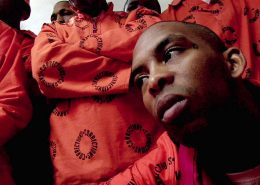 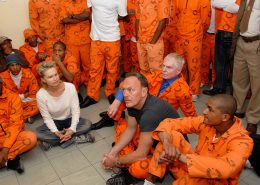 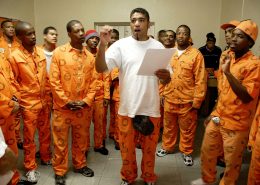 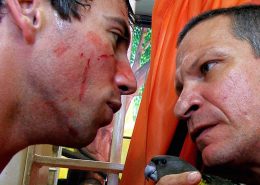 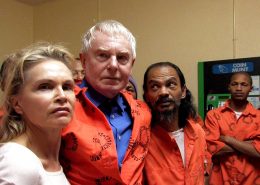 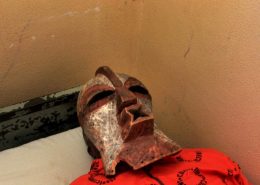 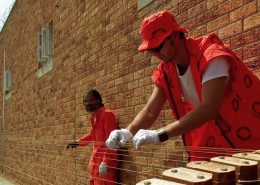 The Reader, Chicago
By J.R. Jones

“StringCaesar South African filmmaker Paul Schoolman has dramatized the formative years of Julius Caesar against the backdrop of three prisons (Pollsmoor, Cape Town, Cardiff in Wales, and Drumheller in Alberta, Canada), giving some roles to respected profesionals (Derek Jacobi, John Kani, Alice Krige) but augmenting them with a talented cast of hardened convicts. “Kill whom you wish to kill, rape whom you wish to rape!” orders Jacobi, clad in orange jumpsuit as the Roman general Sulla, and his words ring with authority amid the concrete walls of the Pollsmoor common room where the scene is staged. Schoolman uses various narrative pointers – split screens, captions in graffiti lettering – to surmount the challenge of telling a historical tale with actors speaking various languages, but what really puts this across is his brilliant governing conceit, which drives home the brutal politics of the Roman Republic.”

“A phenomenal work, Jail Caesar explores the story of the Emperor’s life, focusing on his outsider years before he becomes supreme leader of the Roman Empire. What makes the film unique is that it is told by a cast predominantly drawn from three prisons from across the world: Cape Town’s Pollsmoor in South Africa, Cardiff Prison, Wales and the Brotherhood Lodge Penitentiary in Alberta, Canada. And the film never forgets the location; the prisons are ever present in the film, not just in the cells and caged corridors but in the constant background hum of voices and human noise.”