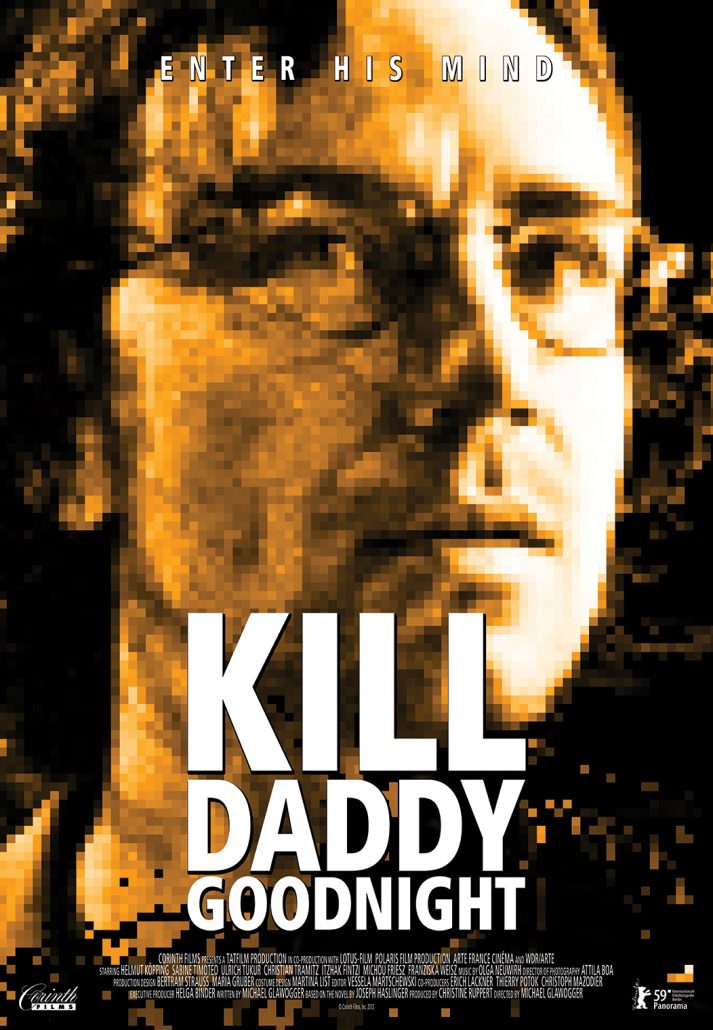 Ratz Kramer has issues. A video programmer with no other ambition than to develop a computer game that allows the player to commit repeated patricide, Ratz struggles with an intense disdain towards his father, and the virtual reality of his creation is the only preoccupation for this young Austrian as he struggles to come to terms with his dysfunctional family. Ratz receives an unexpected phone call from an acquaintance in New York – Mimi. She wants him to come to town and help her renovate a basement apartment which serves as a harboring place for her grandfather, Lucas, a Lithuanian war criminal in refuge. Ratz agrees, hoping for a change of scenery and a buyer for his video game. The journey to New York turns into an emotional cyclone for Ratz as he realizes the impact of his negative energy on those around him, and how hard it is to reverse hatred. On Lucas’ trail is an investigator intent on tracking down the old man, and has quite a personal score to settle.

Director Michael Glawogger is considered to be a traveling film maker, but considers himself to be a film making traveler. A worldly man who claims he doesn’t make anything beautiful, Mr. Glawogger’s films often reflect harsh realities. He utilizes visceral imagery, proper camera formats, and his keen sense of judgment to capture his subjects on film in their encapsulating environments to bring an emotional and revealing experience to the viewers of his films. A graduate of the San Francisco Art Institute, Mr. Glawogger’s filmography includes Megacities, Workingman’s Death, Slumming, Kill Daddy Goodnight, and Whore’s Glory. 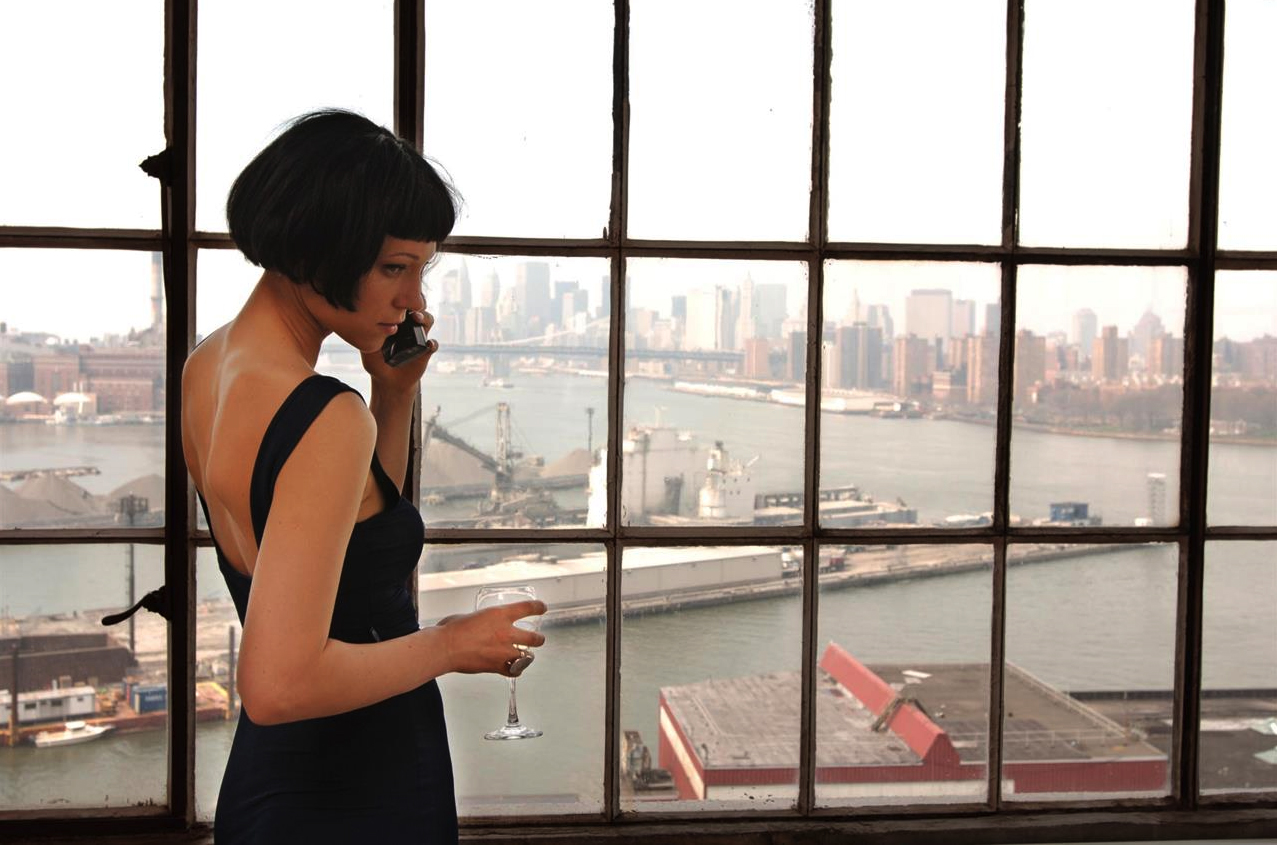 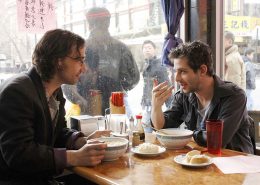 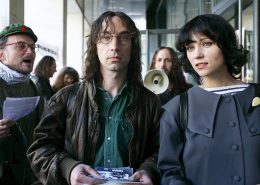 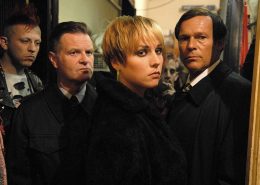 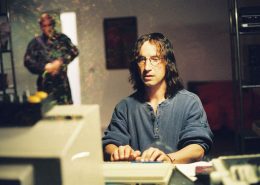 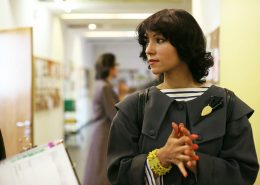 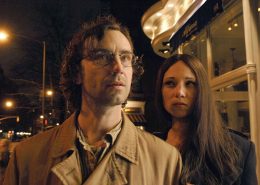 “Glawogger finds a nice balance between setting up an intriguing narrative and providing us with all the information we need to decide for ourselves who these people are, elementally, and what they might represent in a larger socio-cultural sense.”

“Michael Glawogger’s Kill Daddy Goodnight looks to be unusual – and more than a little bit welcome – addition to the normal Austrian film mix. A picture that takes Europe’s recent past seriously without becoming bogged down in it, it is a stylish, blackly comic take on the current generation gap.”

Kill Daddy Goodnight deals with many complex themes. What for you is the main topic of the film?

Kill Daddy Goodnight is essentially a film about guilt.

Kill Daddy Goodnight is based on the novel ‘Vaterspiel’ by Josef Haslinger. How did you go about adapting the book to a screenplay? In what ways does the film differ from the book?

The film is much shorter. It focuses on two of the most important plot lines and intertwines them: That of Ratz and his computer game and the story of Johnas Shtrom. By not illustrating the events described in Johnas’ monologue, the film is very close to the literary original. Someone is sitting there and simply telling a long story. I liked the idea of that.

What interested you in the story to want to make it into a film?

In the beginning there was a series of images that attracted me. It started with a young man driving through a snow storm at night. His interior world meets the outside world in the most beautiful way. The whole mental state of the main character, Ratz is depicted as he tries to pass a snow drift that is blocking him. I started understanding the material – visually and with that, also with regards to the content thanks to this sequence. Most stories have a core, where all elements come together in a single sequence like this. How the inner and outer world of Ratz coincide is really the heart of the story.

Ratz must be one of the most original screen protagonists to come along in a while. Can you tell us who is he is, what drives him?

Ratz has a lot of people surrounding him. He is irritated by the noise people make about themselves. He can hardly stand it when this noise reaches him and gets too loud. He backs away and builds his own universe, that’s why he becomes a good observer. He watches the waves of people slowly rolling in his direction and always steps back a little so as not to get his feet wet. When he does finally get wet, then it’s all finally for real and no longer his made up universe.

Mimi also has an interesting and complex role in the film. Who is she and what are her motivations towards Ratz?

She is a butterfly never resting in one place for long, it’s a way of being that she has cultivated. It’s her way to keep the world at a distance. In a way she resembles Ratz. The two recognize each other, without understanding each other.

In a way Kill Daddy Goodnight is thematically about Ratz coming to terms with his relationship with his parents – most notably his father. How does he do this – what for you are the reasons for his catharsis?

Ratz kills his father, again and again. He is bringing those virtual murders to a higher and higher level and through this, finds a purpose in his life. Then his father kills himself and it’s the point where the two realities collide. It is very painful, but also logical. What is perhaps more important, is that his father was fascinated himself by Ratz’s computer game and his suicide had nothing to do with the game itself. That’s why Ratz in a sense takes the place of his father in the game.

Maybe it’s a natural rhythm that it takes some time until examination of recent history goes deeper and the point of view changes. Some day there will be no more spontaneous stories about this and we will move on.

You mix the imaginary and the real, history with past in the film – why this jumping back and forth?

Because otherwise, it’s not possible to span this wide a timescale. Only if I can embed Ratz’s World in the context of not only his computer games, but also his time at university or the love he feels for his sister, it can mean something, when he is sitting in the cellar of a house in New York and listening to an old war criminal. I chose a rather associative form of story telling to approach this character. On the one hand connected to the book, and on the other hand it seemed to fit the characters. In the same fractured way memory works – when you think of someone or remember your own youth.

How did you cast the film? The choice of actors is interesting and surprising and there is a subtlety at play. How did you work with your cast in terms of direction?

I always try to bring together performers from different worlds of acting. This generates a special energy. People who would otherwise rarely play together – classic film actors, some who usually play comedies, theatre performers or others who are especially strong in improvisation. Sabine Timoteo is a professional dancer. I love to watch her in this film, especially if you turn off the sound.

How did you envisage the computer game? We see a number of different types of game from the imaginary using 3D graphics to the more simple 2D. Can you tell us a little about your ideas for the game itself and how you integrated them into the film from both a design and technical perspective?

There are three levels of the computer game: the simple version Ratz starts to program in the eighties and that reminds us of the times of “Larry Leisure” or “Space Invaders”. Then the refined version of the late nineties, and finally the version in which the imaginary and reality blend. The last is the most advanced, because one always imagines everything so perfectly, as it can never be in reality. Like when you make movies.