The politics of the Third Reich drove thousands into exile. For many, England was the first safe haven. When the war came to an end the world as they knew it had changed forever. Many of them would not return to their homeland.

Rosemarie Kohschitz is a young woman like many others of her age in late 1950s England: she likes to spend her evenings in the dance hall with her friend Maggie, pushing away the advances of the sweet but unexciting Ronnie. When she gets home though, the young English lady becomes her father’s little Austrian daughter. Rosemarie is all émigré Friedrich Kohschitz (60s) has in life, since his wife died and their home was seized during the war. Friedrich spends his time in legal wranglings, trying to reclaim his family home, and drinking away his sorrows when his attempts fail – leaving Rosemarie to work her finger to the bone in a local shop to pay the rent on their shabby house.

One evening, they receive a visit from Anton Mautner (early 40s), a successful businessman: Anton, being an Austriian émigré too, was – like Friedrich and many other German-speaking migrants, indiscriminate of their religion or political view – interned by the British as an enemy alien during the war.

There is an immediate attraction between him and Rosemarie, which grows over their next few encounters, some of which happen by chance, some of which are orchestrated by Anton – who omits to tell Rosemarie about his English family… At last, Anton invites Rosemarie out for dinner one evening. Rosemarie accepts, and dinner turns into a romantic escapade. When she returns, though, Rosemarie is thrown out of her home by her father, and out of her job by her Boss, and ends up renting the cheapest lodgings she can find in an insalubrious part of town.

Rosemarie tries to call Anton, but his wife picks up the phone, and Rosemarie realises that she cannot go to him for help. Anton rushes to see her, to talk things over, but she refuses to see him. Rosemarie finally wants to face the past which was tormented her father all these years and visits Austria. She goes to their old estate but is rudely sent away by the present inhabitant of the house, before she collapses. In the meantime Friedrich relents, and tries to find his daughter again, without success. Anton too is locking for her and finally goes to visit Friedrich but finds him disheveled and ill.

In Austria, Rosemarie comes to in a GP’s surgery and the doctor informs her that she is pregnant. She returns to England and wants to confront Anton. But when she goes to his house the door is answered by his wife and daughter. Shocked, Rosemarie doesn’t dare confront them and leaves. She wants to see her father but finds the shabby house locked. Rosemarie returns to her cheap lodging. She lies in a cold, darkened room when Anton comes and informs her that Friedrich has been taken ill. They rush to the hospital and she is finally able to see her father again. Rosemarie tries to tell him about her pregnancy but the nurse asks her to leave.

Back in her room Rosemarie confronts Anton, wants to know why he hasn’t told her. He has no apology, but tells her that he has never felt like this before, not even for his wife, and that he is afraid of losing Rosemarie. She doesn’t tell him that she is pregnant, but has to accept how much she loves him. The next morning, she returns to the hospital to tell her father everything, but discovers that he has died. Grief stricken, Rosemarie leaves for London, leaving Anton behind, and finds a job with the kind-hearted Mr. Bernstein, a fellow Austrian émigré who takes a fatherly liking to her.

A few months later, her son is born; Rosemarie calls her Frederic, but refuses to register a name for the father. Having learned to look after herself she rents a new flat and creates a comfortable home for her child. Now that Rosemarie has finally found where she belongs, she invites Anton to her new home, and introduces his child to him. Once he has recovered from his surprise, Anton suggests they start anew, and move back to their common “homeland”. But she refuses: this is her home.

They spent a passionate night together before Rosemarie tells Anton that it is time to go home now. With her son in her hand, she watches Anton leaving. She puts her son into her bed, next to herself, in Anton’s place, and starts to caress him tenderly. A satisfied smile appears on her face. 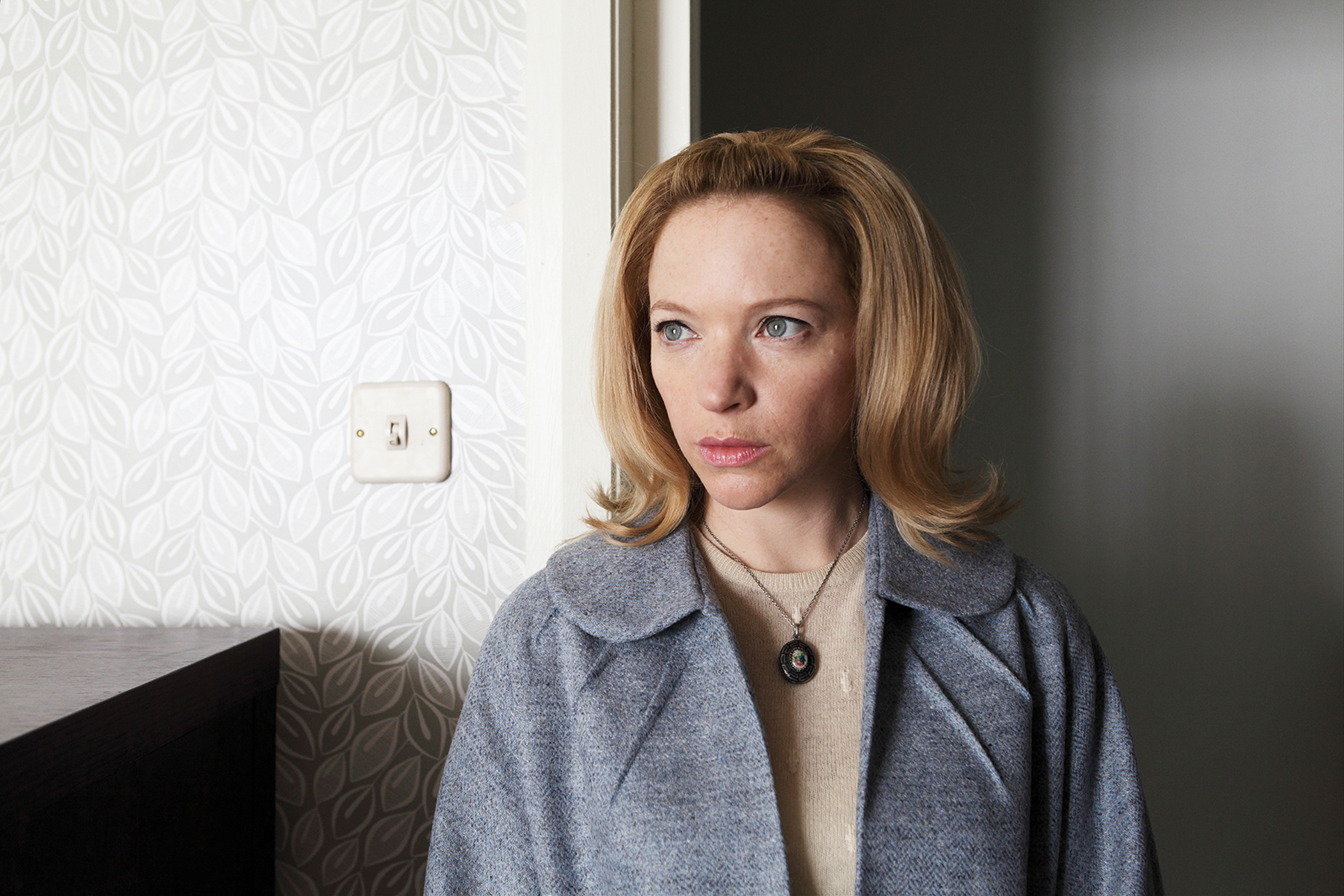 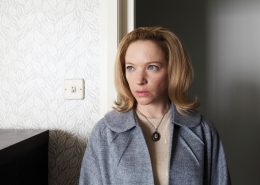 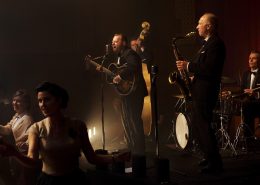 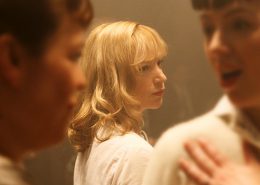 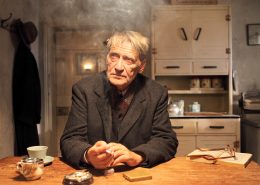 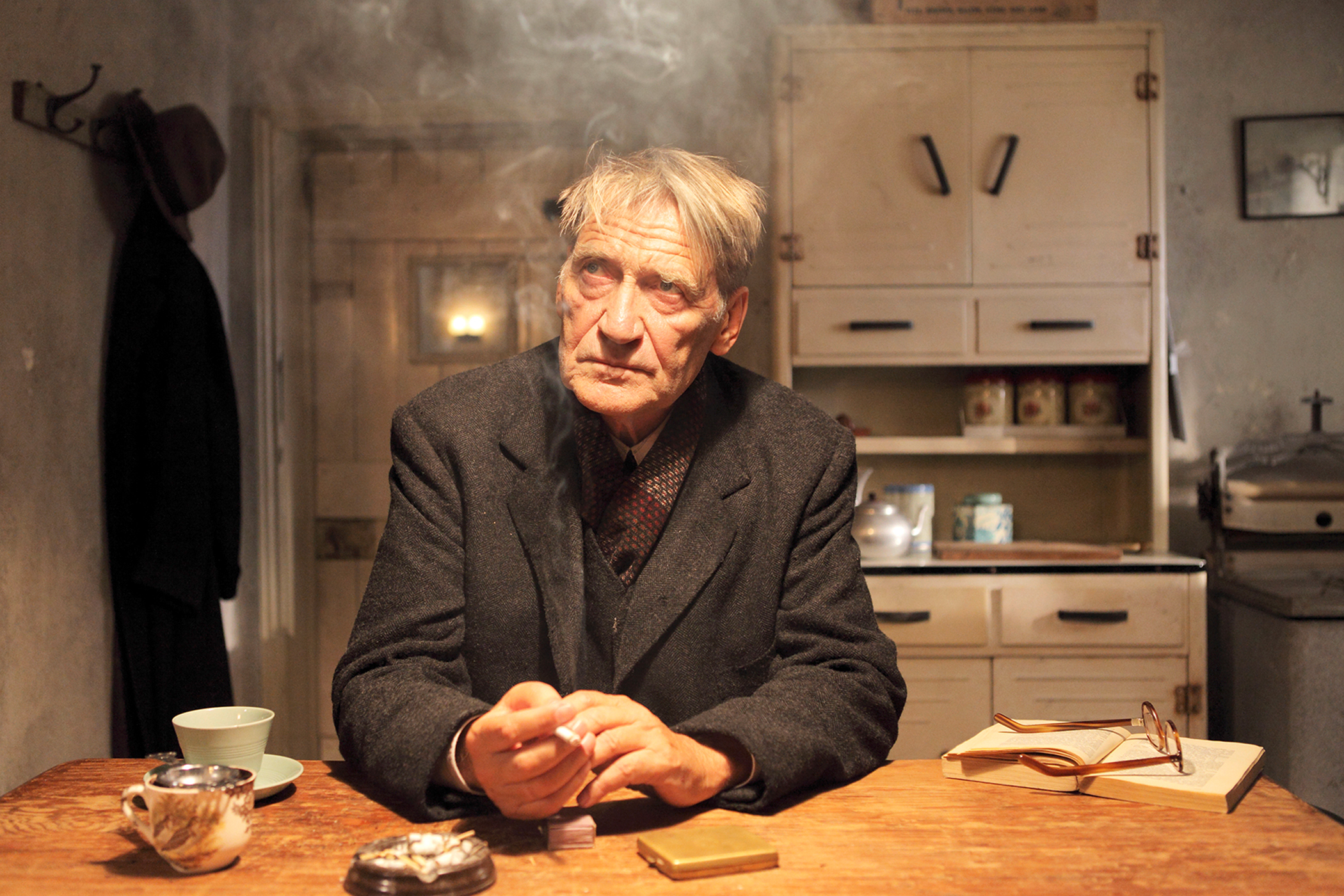 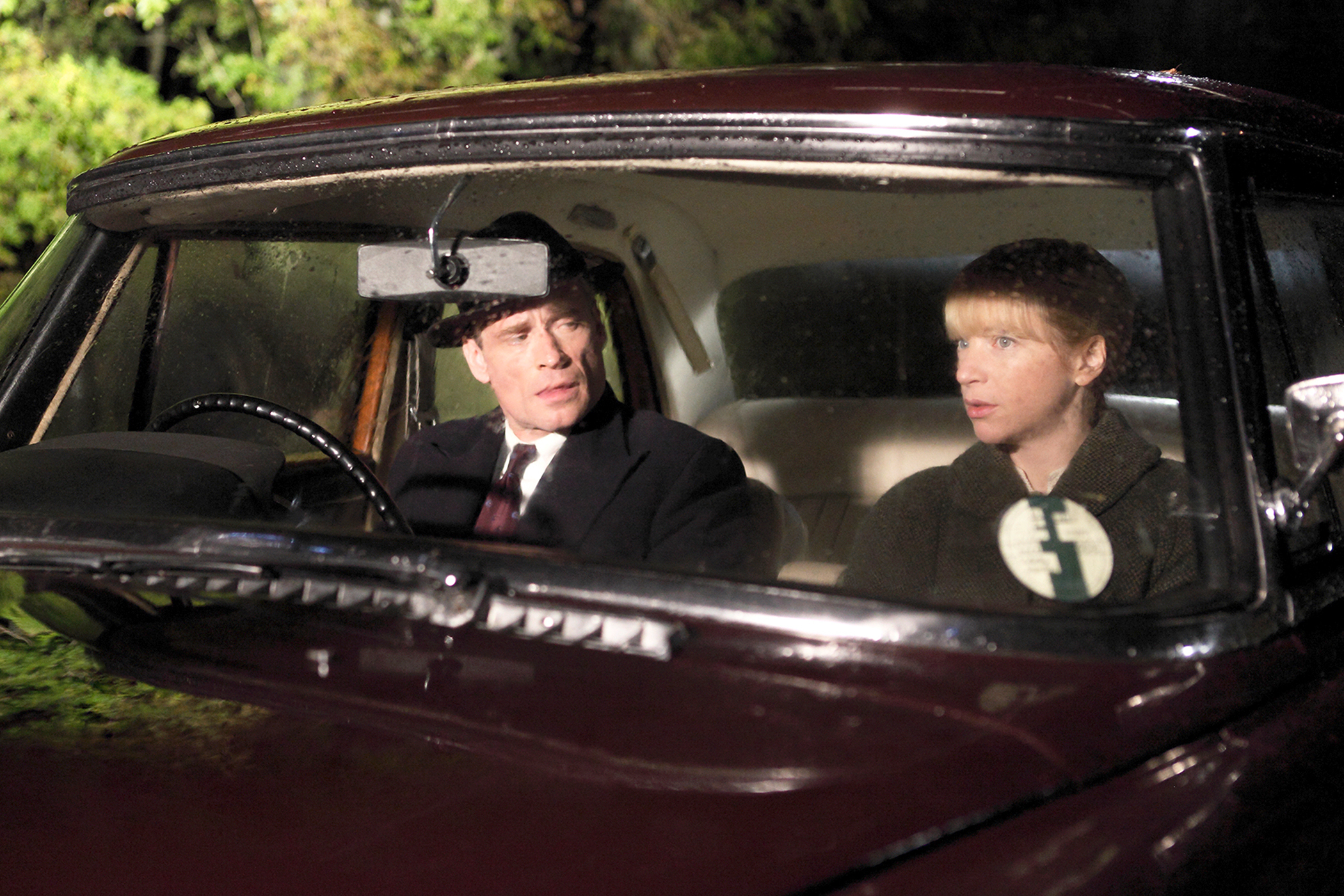 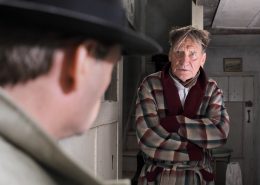 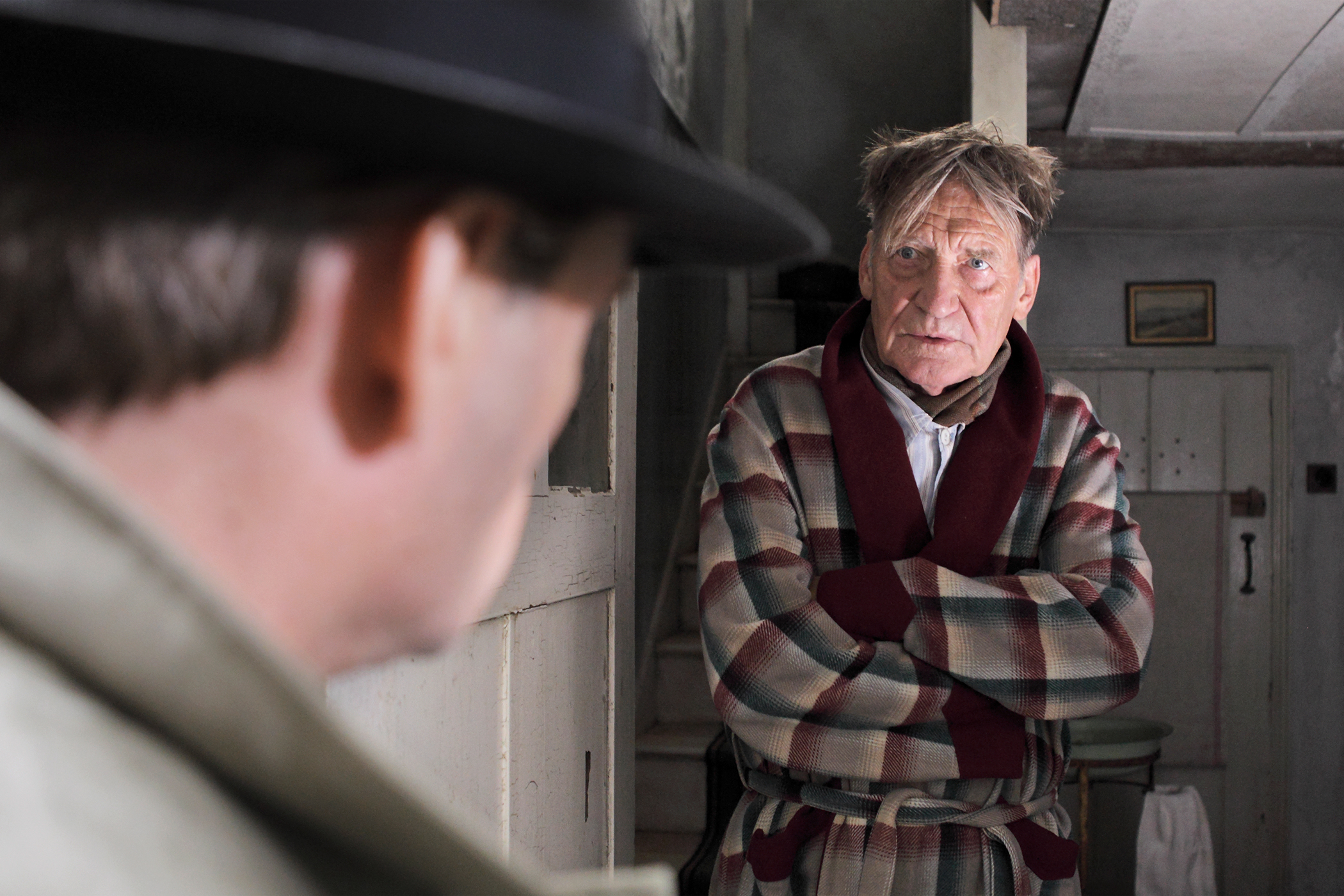 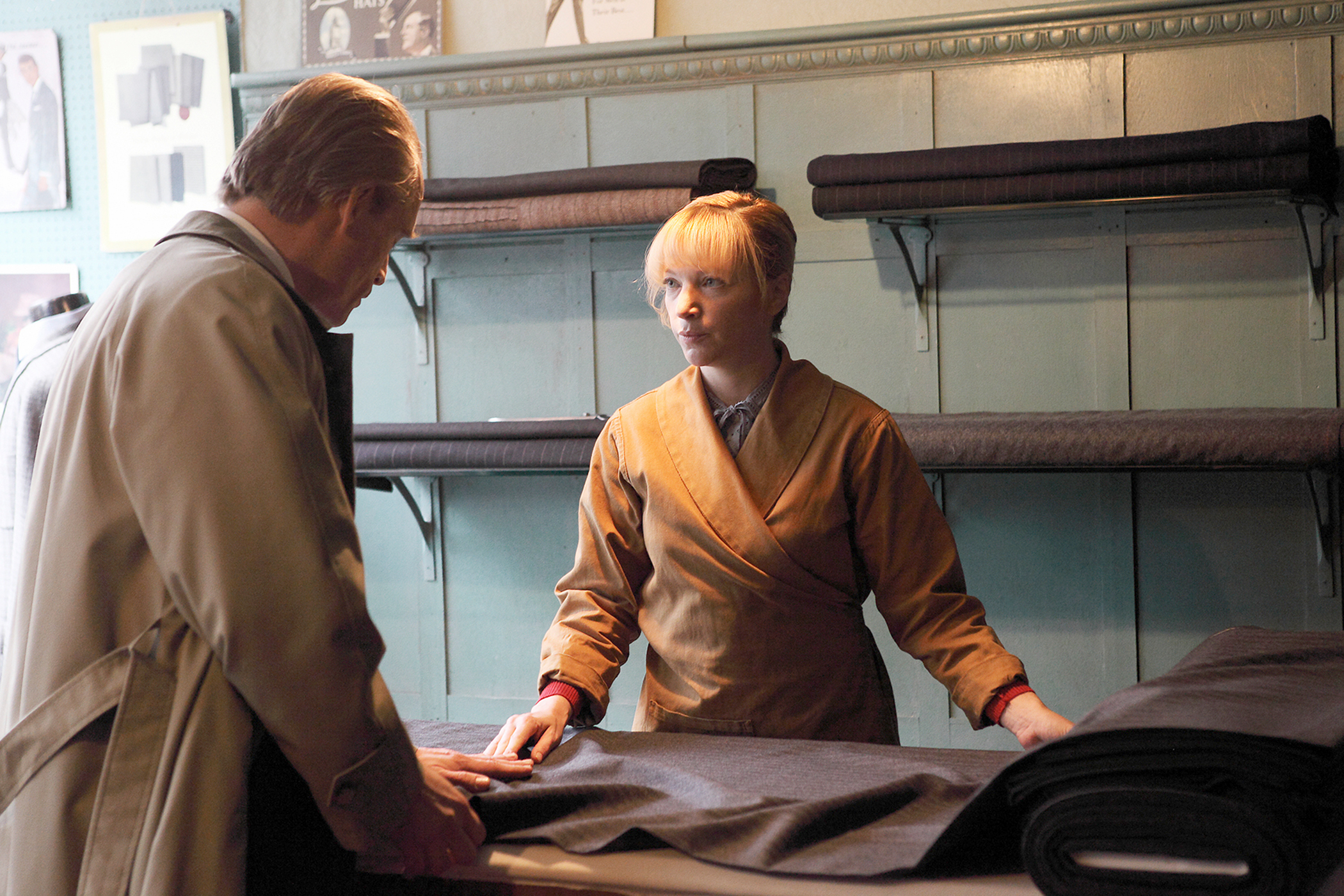 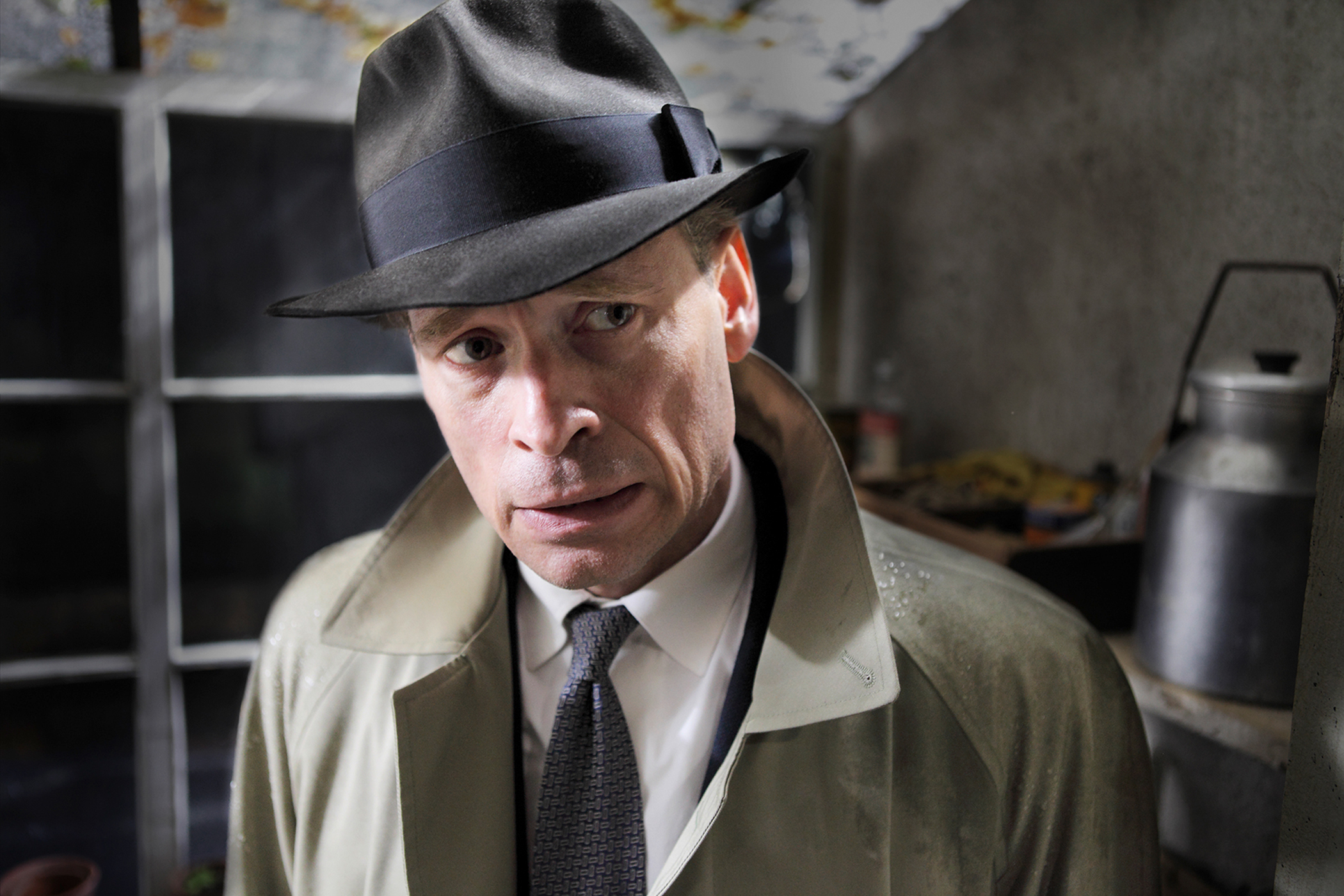 An Austrian living in London myself, I have personal experience of the issues at the center of this film: migration, identity, the feeling of being in between two cultures. In my first feature length film, I have chosen to explores these themes through the prism of an adulterous love story.

Although a trope that has returned in films time and time again, I feel that Rosemarie’s unusual choice at the end of this love story makes it a unique one and the fact that the focus of the film is the question of identity, rather than the morality of my character’s choices, makes this into a story that is worth telling. I feel that setting the story in a time that is a little removed from ours gives it more universality, the distance that a period setting introduces makes it easier for the audience to connect to the fundamental issues at the heart of the characters’ lives, rather than getting distracted by contemporary details.

I believe the film is faithful to the emotional qualities and spirit of the period. I see the 1950s as a period during which people had a strong sense of community and a blitz-spirit-inspired duty to help other people out. It was also, of course, a time of great social upheaval, with the 60s waiting just round the corner, and I feel Rosemarie’s story, her struggle to find her place in the world, illustrate this. This film has been part of my life for quite a while and I consider myself lucky to have been able to work with very talented, generous and enduring actors and collaborators throughout all departments on this project. I would like to thank them all for having contributed to this story.

I strongly believe that through the delicate performances, through the film’s visual richness, through the immaculate attention to detail in Joakim Pietras’ editing work, through Claus Riedl’s beautiful score and Dario Swade’s sound design the film has now finally grown up and can be released into the world. The search for identity and ones place in the world – the core of our story – is a never ending and quite universal human tale and I remain hopeful that the film in the shape it has now found will withstand the test of time. – Fritz Urschitz, Director